I lived in Campo de’ Fiori for four years. It is the typical neighborhood of the old town: small streets with Sampietrini (stone paved), ancient palaces owned by the ecclesiastical nobility, restaurants with outdoor tables set with tovaglie a quadri (checkered tablecloths). But in some cases, it is an artificial reality created just to attract tourists. So be careful to the sòle (cheats!).  Every day in Campo de’ Fiori square there is an open air market. You can buy fresh fruit, vegetable and spices. Not clothes (often are fake) or souvenir (too expensive). If you can say NO! to the buttadentro (promoters) of the square bars and restaurants, I suggest to move nearby for eating and drinking. In five minutes you’ll arrive at Salumeria Roscioli. Ham, salami, mozzarella, but also raw fish and ostiche. Good? Locals love this place. Very close there is the bakery Antico Forno Roscioli. Same surname, same owner. A piece of their hot pizza margherita is always a good idea for a morning or afternoon snack. It fights against the Forno of Campo de’ Fiori for who makes the best pizza in the district. I know who is the winner, but tell me you’re opinion about! Another street fooder is Supplizio. Here you can taste the Supplì, a sicilian rice ball cooked in several ways. Other sights nearby are Piazza Farnese (with Palazzo Farnese where is hosted the French Ambassy) and the bellissima Via Giulia. Aperitiviamo?! Funny way of locals to say: lets have a drink! Nearby I usually go at Barnum cafè, good cocktails made by a bartender with vintage moustache 🙂 At late night I have a secret to share with you. There is a small and hidden bar nearby, where can enter only people who know the password: The Jerry Thomas Project. I like the atmosphere and the cocktails they serve. Excellent vermouth distilled from themself and nice preparation. It is the only place where, after three Negroni, I’m still shiny! 🙂 Do you want to know the password?! Read also my tips about Monti, Piazza Navona, Vatican district and Trastevere.

Cloudy with a Chance of MEATBALLS. In Rome

SHOPPING where: reborn the RINASCENTE building

All crazy for the SALUMERIA. Five places to know in ROME 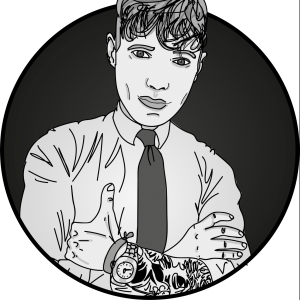